This year the London Underground celebrated its sesquicentennial. A hundred and fifty years, that is, since the first steam trains puffed their way beneath the streets from Paddington to Farringdon in January 1863. The occasion has not gone unmarked. Early in the year, Transport for London commissioned a set of Underground-themed limited-edition prints; the artist Mark Wallinger curated Labyrinth, a trove of unique pieces scattered around 270 stations from Uxbridge to Epping; the London Transport Museum mounted an exhibition celebrating the Tube’s tradition of poster art, which has given millions of travellers their first taste of artists like Paul Nash, Man Ray, and Edward Wadsworth. 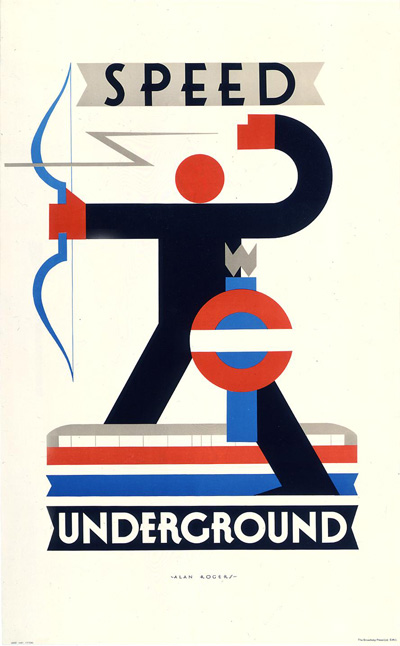 The Tube is justly proud of its long tradition of support for the visual arts, though perhaps ‘support’ isn’t quite the right word. Art has always been integrated into the fabric of the Underground. Murals, posters, and decorative tiles are everywhere, bringing creative expression into spaces otherwise dedicated to efficiency. From Frank Pick’s famous map of the system to David Gentleman’s woodcut murals at Charing Cross, the Underground has been enhanced by visual artists and designers over the last century and a half. Its artists and designers have produced the subterranean world of the Tube in ways that go beyond mere decoration.

Probably the first artworks to be associated with the London Underground, however, were sculptures. In 1928, Charles Holden – the great architectural impresario of the Tube’s built environment – commissioned Eric Gill to oversee a series of reliefs on the new headquarters of the Underground Electric Railways Company at 55 Broadway. Gill managed a team of some of the best young sculptors of the age, including Henry Moore, whose first public commission, West Wind, is the most striking of the eight panels. Far below, Jacob Epstein’s Night and Day loomed over the lintels of the building’s entrances. The public wasn’t pleased. Night was tarred and feathered by a car-load of direct-action critics. Day was denounced by right-thinking Londoners for the crime of putting too much of the male anatomy on display, until Holden brokered a compromise whereby Epstein removed an inch and a half of the sculpture’s penis. (Given the covert antisemitism directed against Epstein during much of the public debate, the act of censorship was not without irony.) 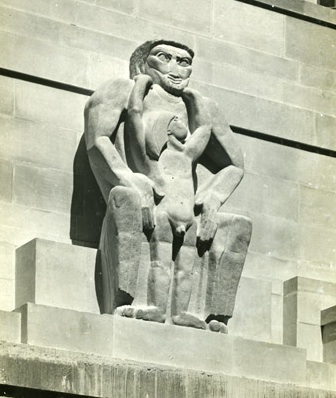 These works were part of the great beautifying boom of architectural sculpture between the World Wars, and the Underground led the way in adorning its stations with artworks that not only increased their attractiveness to passengers and passers-by, but lent something of their exciting, modernist energy to the identity of the Tube itself. At Uxbridge, Joseph Armitage decorated the red-brick façade of Holden’s station with a pair of winged wheels; at East Finchley, Eric Aumonier (who had been one of the artists employed on the 55 Broadway reliefs) topped the station with the figure of a powerful archer poised to shoot. Plans for another sculpture by Aumonier, a Dick Whittington figure at Highgate, were disrupted by the outbreak of the Second World War. 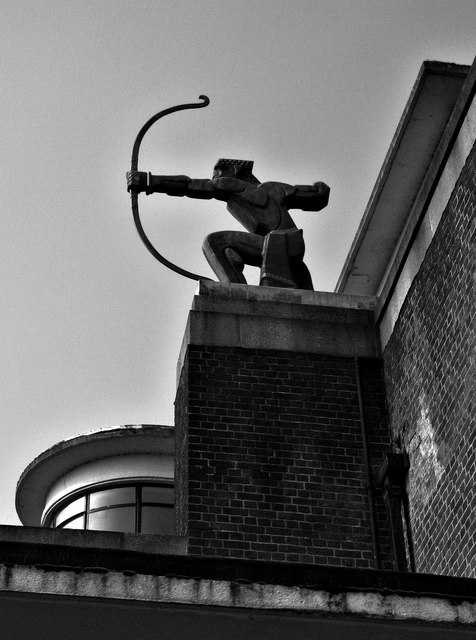 These architectural flourishes were enough to associate the Underground with the very best of British sculpture, which makes it doubly disappointing that what little sculpture has appeared on the network since the 1940s has been so forgettable. One reason there isn’t much sculpture in the Underground is that sculptural stillness – the way sculpted bodies occupy space, cuts against the timely efficiency around which the Tube organizes its operations. This is why art on the Tube tends to stay flat, in the form of graphic design, murals, mosaics, and graffitti. Even the Tube’s sculpture tends to get out of the way. Has anyone ever given a second glance to the two pieces that make up Knut Henrik Henriksen’s Full Circle in St Pancras station? Ponderously conceived, dully executed, they withdraw away from the bustle of the concourses. And yet some of the best sculptural works on the Underground are the ones nobody ever notices, not because they recoil apologetically from the bustle of mass transit, but because they have become integral to it. I’m thinking here of the sculptural works that are part of the movement and mechanism of the system itself:  pieces like Harold Stabler’s bucolic scenes on the vents at Wood Green station, which summon with medievalist nostalgia the promise of a place name at odds with both the mechanised rush below ground and the urban havoc above. Even better, because it hides in plain sight, is Eduardo Paolozzi’s ventilation tower at Pimlico. Unlike Butler’s plinth, Paolozzi’s monolith makes no effort to disguise the function of the installation. With its gleaming, curving tubes, its panels adorned with cogs, cranes and satellites, it goes further than revealing an underlying functionality: it fetishises the functional, makes mechanism decorative. This is sculpture built into the operation of the infrastructure that has called it into being. 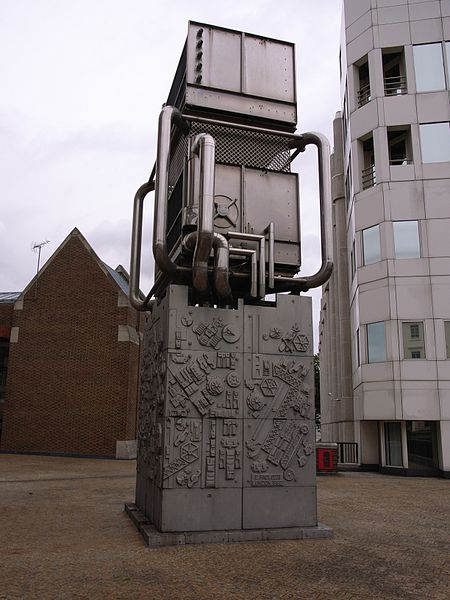 It’s a shame there aren’t more system-sculptures after Paolozzi’s example, and a shame that Transport for London hasn’t embraced the Underground’s sculptural traditions with the same enthusiasm it has shown for easily-reproducible print works. This needn’t and shouldn’t be the case. Sculptures are a prominent and popular feature, for instance, of the Moscow Metro, where one station alone – Ploshchad Revolyutsii – boasts nearly 80 bronzes of Soviet workers and soldiers. Made to celebrate the revolutionary citizen, these days they linger on as a staple of tourist snapshots. Stockholm’s metro is packed with sculptural works: it even runs guided tours for travellers. And since the 1980s, the Metropolitan Transit Authority has been commissioning functional and decorative sculpture for the New York subway, from whimsical pieces like Tom Otterness’s Life Underground series to Alison Saar’s bronze grilles in Harlem celebrating an African-American history in which the metaphor of the underground railroad – that loose network of secret escape routes by which hundreds of thousands of slaves managed to escape to free states – has a powerful place. 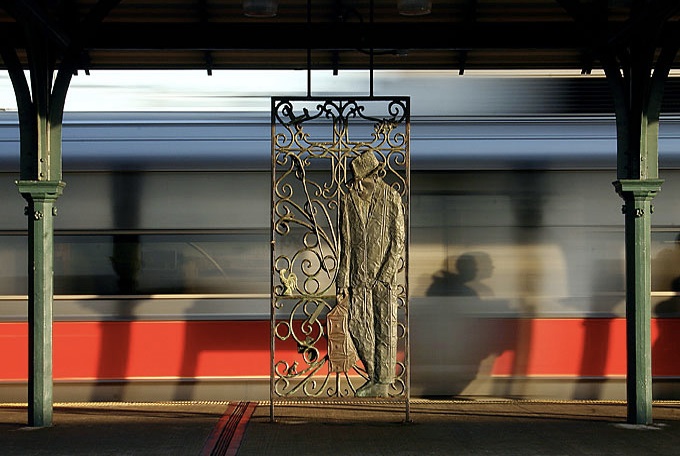 Posters drew Londoners into the Underground by extolling the sights and sounds of the city above; murals made their experience beneath the streets more exciting and attractive. But sculpture, the articulation of bodies in space, could be the art that speaks most powerfully about the experience of the Tube-linked city. For this vast, 250-mile, three-dimensional filigree hewn from the mud and clay of the city is nothing if not sculptural. This magnificent, maddening time-and-space machine, begun 150 years ago, has tuned a million travellers to its own intricate rhythms more successfully than all the works of marble or bronze in all the galleries of London.

Do you drive? I do not, cannot and will not, but my borderline phobic attitude to the motor car exists in tandem with a genuine, epicurean love for the smell of petrol; just as the olfactory bang of f… Read article