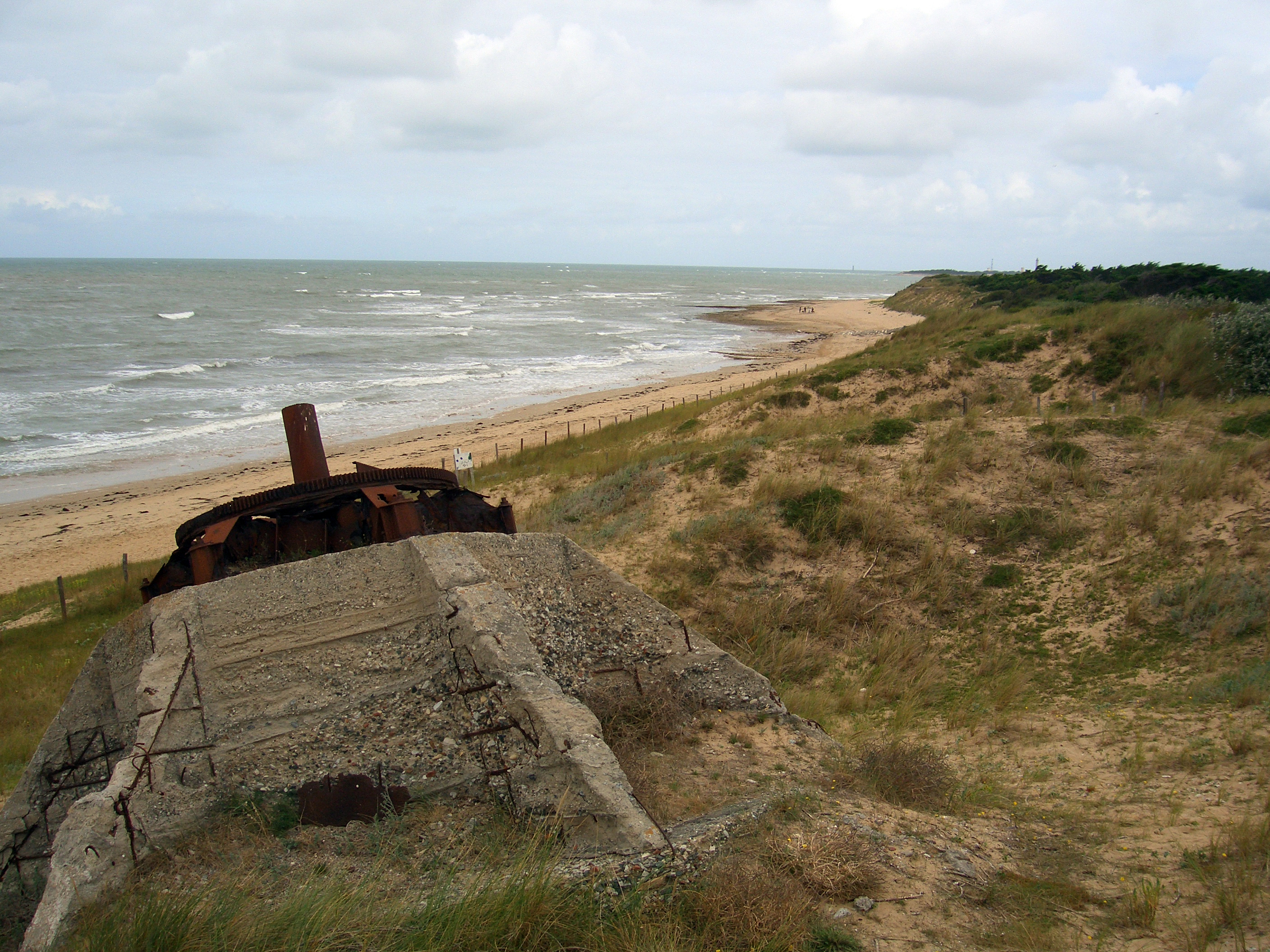 The Île-de-Ré was once an archipelago, three little dots suspended off the coast, before silt and salt fields made of them a comma, a rushed full stop. It is joined to the mainland at La Rochelle, and that bridge is open now, this way, cross it. Thirty kilometres long and five across, the surface of Ré is dappled with sand and savoury grass as it curls out from Rivedoux-Plage, but at La Couarde-sur-Mer the isle constricts, then softly dilates into wan greys and flinted blues should you strike out across the salterns. The west of the isle, where it fades into the Atlantic, is in places barely land, all crosshatched matter and capillary channels where succulent halophile samphire clings to sea-lapped rocks.

Walking to the westernmost part, you will find the village of Saint-Clément-des-Baleines – Saint-Clement-of-the-Whales ­– so called for the great numbers that have washed up there on the shore. The website is deadpan: ‘1522, Madame de la Tremoille requests 7 or 800 pounds of whale from Thibaud Maroy, the receiver-general of the Isle of Rhe.’ ‘1582, December 31, Captain Bruneau de Rivedoux mentions the grounding of a mammal.’ ‘1584, Nicolas Herbin, notary of the lords of Ars and Loix speaks of a stranded whale.’ The village is overseen by a stern hexagonal lighthouse, but refuses its overbearance, remaining an unruly constellation of six hamlets that runs from La Côte Sauvage to the beach at La Conche, where salt marshes join the village to the forest. The marshes stretch out north there, and are scattered with fine-named birds that in flight shake space lazily from their wings: l’Aigrette garzette – Little Egret, le Tadorne de Belon – Common Shelduck, l’Échasse blanche – Black-winged Stilt, la Gorgebleu à miroir – Bluethroat, l’Avocette élégante – Pied Avocet. The water rushes and retreats, washes in and scurries back like the suck and spit of the heart. Systole, diastole, systole, diastole.

Two years ago in Scotland I met S. We were there for so little time, three days, four perhaps, and each one of them too full to speak for more than brief moments. On the last day we walked in the city together to little end save each other, and unsure even of that. We both left, but since then a low crackle of messages has passed between us, preserving what those days held. S is in France now, and here is a partial catalogue of our failed meetings:

Each time one of us would pull back, through circumstance or lack of nerve. Instead we’d send parcels – books, gloves, a jar of honey so badly wrapped it coated the postbox and cut a finger. Hoping to do better, I found a squat cork tub of fleur de sel, the damp salt that blooms on the surface of salterns, and Ré was there on its painted front. A man with bare arms and trousers rolled to mid-shin raked an easy pyramid of salt. Far out of season, in winter’s late and mournful days, I asked to spend four days on the isle. S said, ‘I am speechless’. 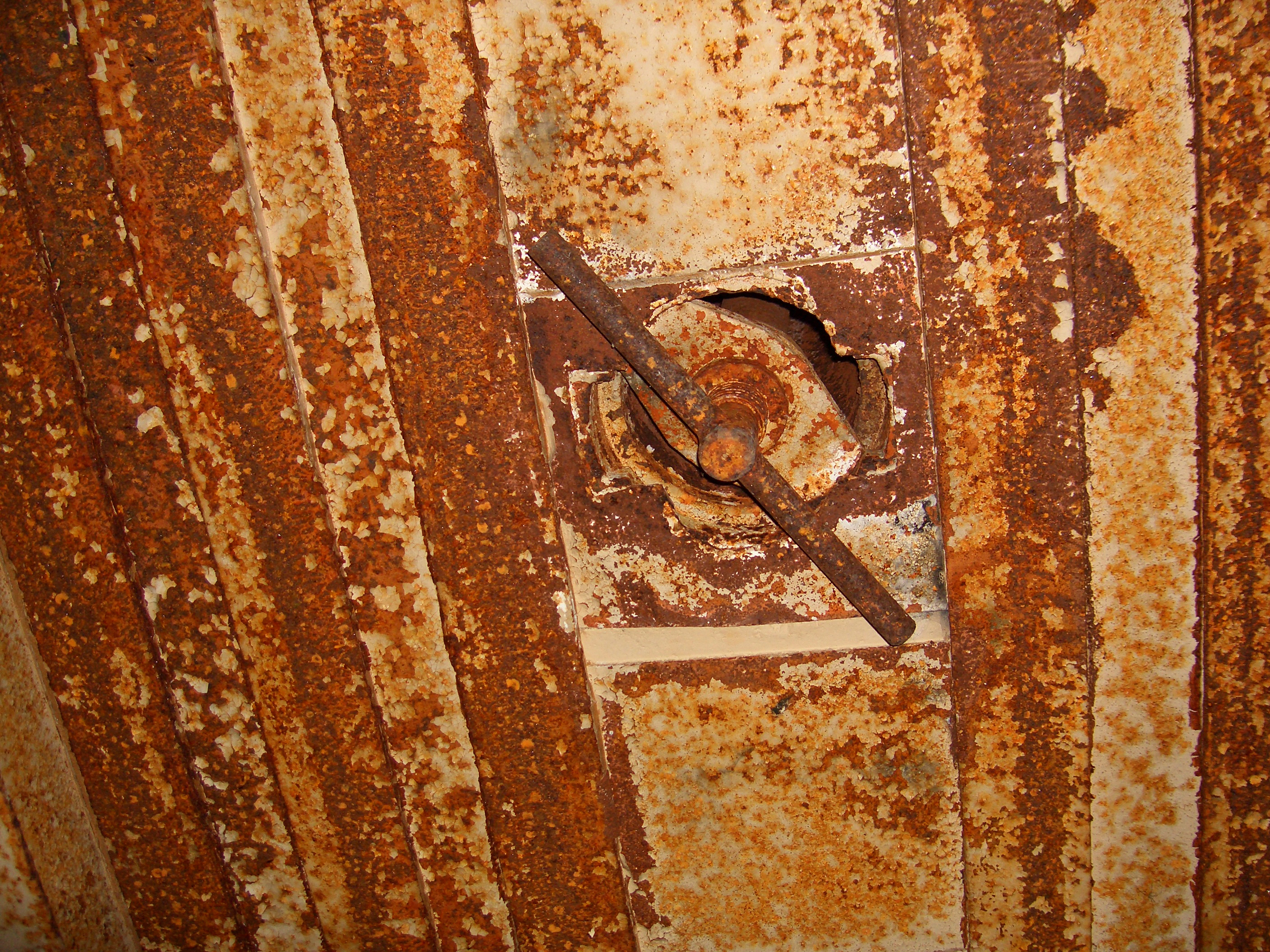 The Île-de-Ré has produced its ‘white gold’ since the 12th century, when monks began their small-scale operations as the isle was passed between French and English hands, a pawn of royal marriages. In the early 19th century, the apogee of salt production on Ré, almost a fifth of the surface was given over to salterns. Some 30,000 tonnes were produced a year then, on land claimed back from the sea, but with the 1850s came a long period of decline, with pans abandoned and lost again to the waters. These last ten years have seen young sauniers come back to the isle, alert to the premium that can be put on a produit de terroir. The salt they make is shaped by the place, the very geography expressed in each flake and crystal.

Salt evaporation, though based on simple principles, demands considerable technical mastery. Seawater is directed through a long hydraulic circuit, beginning in a large pond, then passing through a series of channels and smaller ponds while the sun’s heat and prevailing winds make the water thick with salt. If the flow is well managed, the evaporation of the water is leisurely, and salts precipitate slowly out from the saturated brine. At the end of this lengthy excursion, the water reaches a final pan where its salts seize into crystals and are duly harvested. The burden of carrying the salt sacks once fell to the island’s donkeys, though to protect them from mosquitoes breeding in the imperceptible flow of the briny pools, they were trousered in pants or leggings of striped and plaid strips. 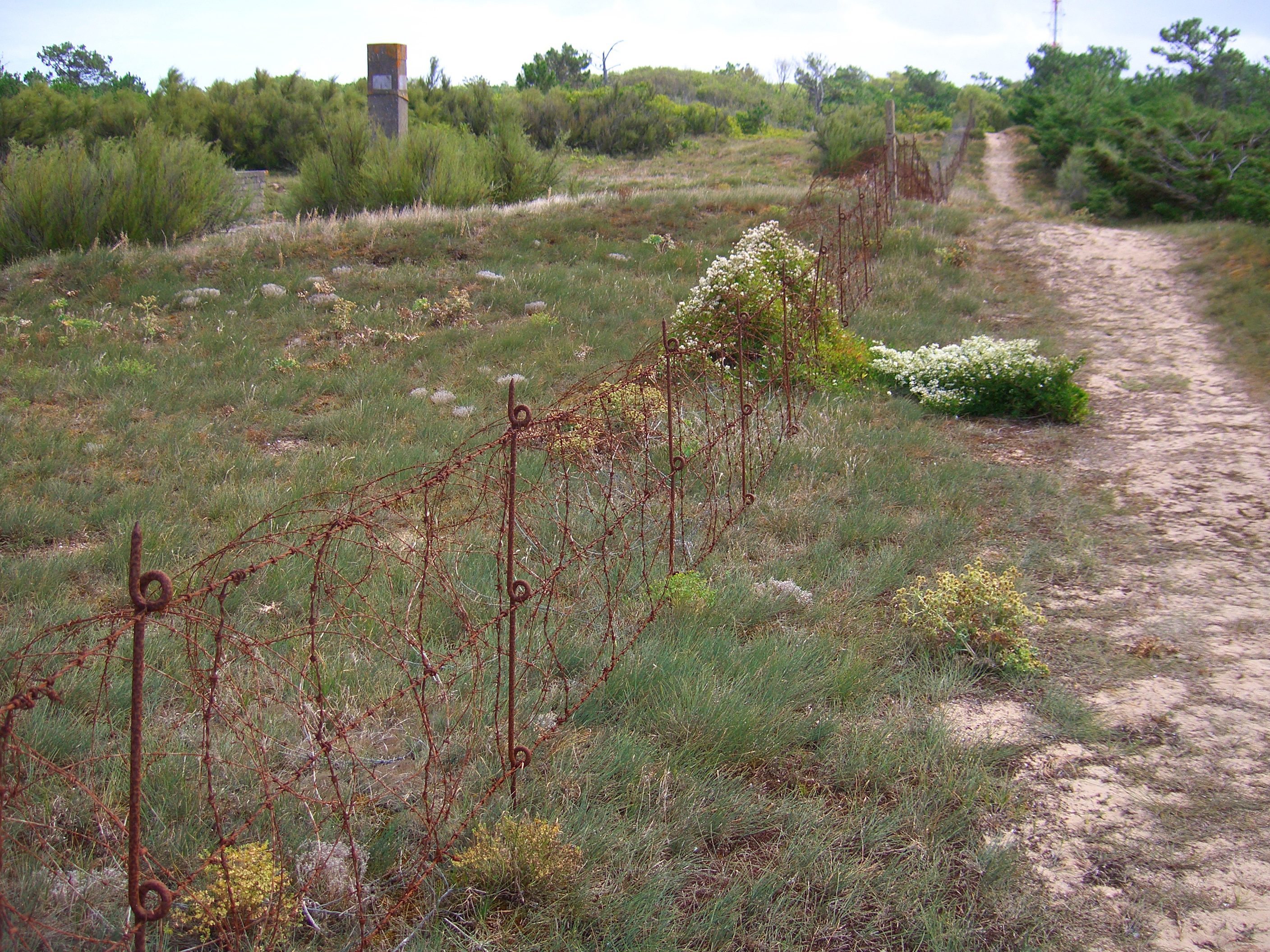 Our messages became more frequent, then less. The question hung over them, neither answered nor asked again. The conversation had changed tack that day, veering to when one must visit – if your visit to Ré is well timed, all you hear in the moment’s silence between two waves is wind and birdsong – and the insularity of the locals. A few years back, whisper campaigns and vendetta actions forced a family that had immigrated from New Zealand to leave La-Flotte-en-Ré. Rumours circulated that Blair McEwen and his wife Katia Vidouta were torturing cats or selling them to Swiss laboratories. ‘People took matters into their own hands,’ he said, ‘It was like something out of the Middle Ages.’ Katia added: ‘You can’t operate in such a situation, in such a village, with the craziness of all the people.’

Saint-Martin-de-Ré is the capital of sorts, and one of the prettiest fortified towns in Europe. The town is popular now with British tourists – ‘It’s very clean and very French’, say a group of mothers from Devon. Bernard Dorin, president of the Friends of the Île-de-Ré Association, has reached the end of his patience: ‘We have to take charge of our destiny. Without turning the island into a museum, there comes a point when you have to say stop.’ Some tourists come for the discarded husks of German bunkers, built in the 1940s, and still visible along the shore, their metal fittings rusted by the salt wind to ferrous browns and shocks of orange. They draw bellophiles and ruin hunters, bandoliered with cameras. On the WW2talk forum was tommygunn: ‘I knew there were some good bunkers at this site but I was truly amazed by what I found and I was quickly reduced to a giddy schoolboy.’ 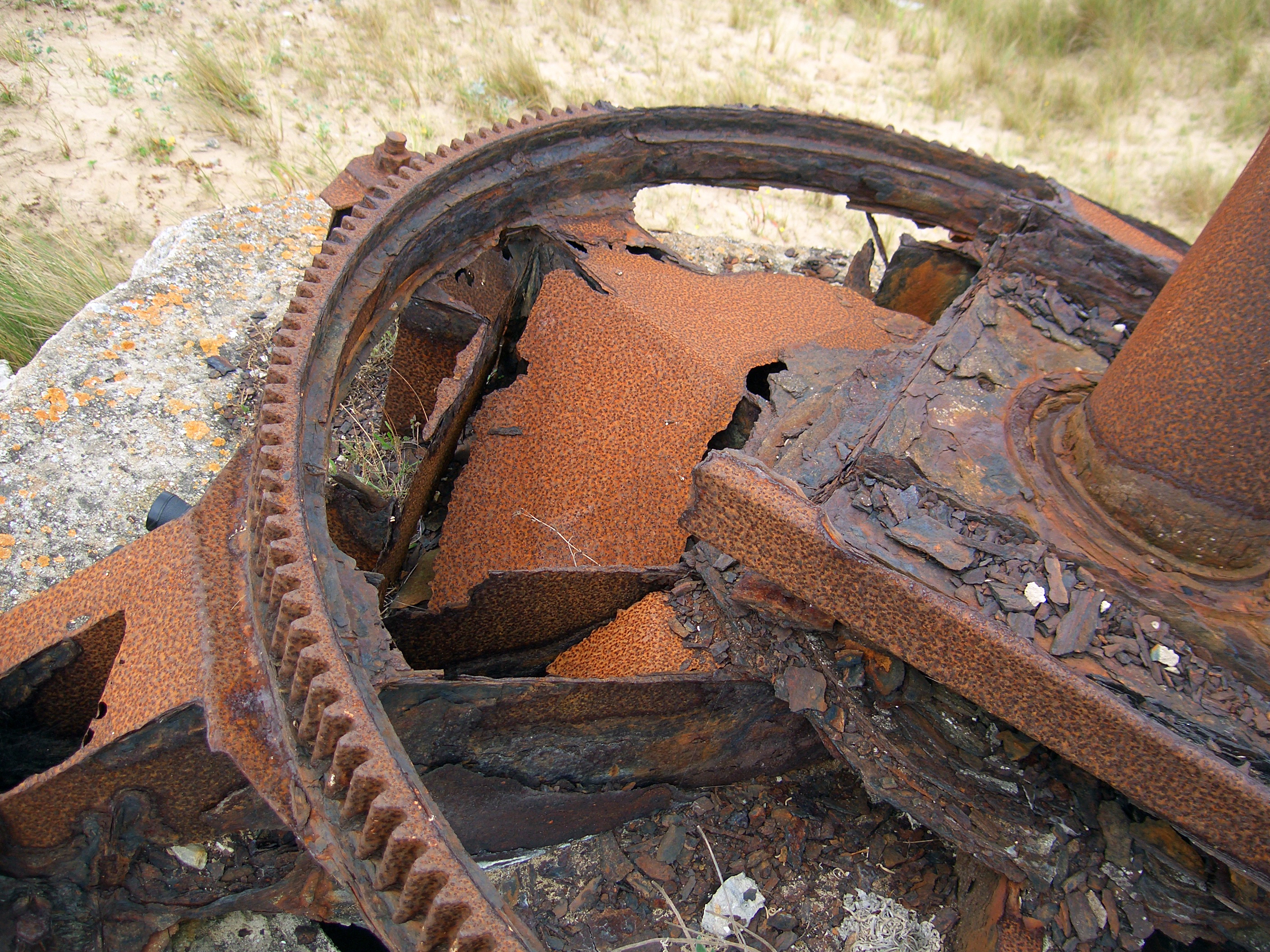 Two months had passed when S surprised me. I’d given up on the trip, thinking my offer had been misjudged and talking myself out of the whole endeavour. It was late evening when the message came, my phone winking green at the corner.

I sat indecisive, sick at my own limitations. The time to prove this fragile thing before me, I wanted with suddenness to be with S on Ré. I wanted the cold salt air to tighten my face, to walk the star-shaped citadel at Saint-Martin and have the locals look on knowing and amused. I wanted to pass in and out of sleep, to wake in a half-world of grained light and watch the morning blue the walls. I would lie there still, and all the isle around me would heave and sigh.

Partying with the Bayaka

The pygmy village of Yandoumbe stretches for about a kilometre along a road of red earth outside the small town of Bayanga. Banana and mango trees shade the wooden huts with their palm frond roofs, an… Read article

Exhausted, feeling hemmed in, I took the first northbound train. Making notes in a moleskine pad I wrote down everything good I had: girlfriend, sister, one or two friends, some skill with words, … Read article