In moments of becoming and subsidence, as flowers come to bud, iron rusts, or a stone by a well wears smooth from the hands that rest there, they sing of their being, here and now. This coming and going is mundane, both banal and inescapably of this earth, and it is a conscious opening towards the beauty inherent in such worldliness that allows the Japanese aesthetic of wabi-sabi to become manifest. Wabi-sabi is notoriously difficult to define, not least because of its resistance to translation, and the ways the words’ Japanese meanings have changed over time, yet it might be found in a mirror’s silvering as it flakes and falls, in the mottled patina of ageing leather, in the quiet withering of a dry bough. It is an attentiveness towards the world that sees how ‘wabi’ (侘), imperfection and a sense of quiet simplicity, and ‘sabi’ (寂), ageing, resignation, and a desolate transience, hold a latent beauty. Perhaps wabi-sabi might lurk in the very residue left by time and translation, as meanings accrete and erode. The beauty it recognizes is not a fixed property, being rather a quality that occurs as a particular consciousness presses against the world in a moment of stark grace. Wabi-sabi is a coming-to-terms with what might be thought ugly, a bringing about of beauty in the incomplete and fleeting. 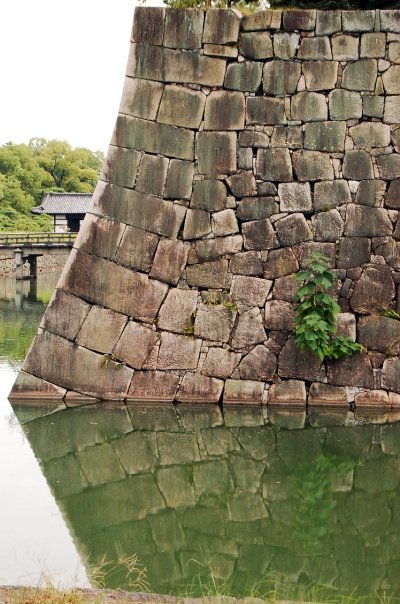 I first came across wabi-sabi at a time that seems daily more distant to me. I was living in Tokyo and becoming slowly aware that Japanese aesthetics have in their depths an ethical undertow, a cultural imperative that makes wabi-sabi as much a model for human character and interaction as a way to turn a pot. I also read and thought, as I burnt my 20s, about Japan’s ‘Lost Decade’, the 10-year slump that followed the fat years of the 1980s. Tetsuo, an old friend, spoke to me about how older Japanese sensibilities fared facing modernity, and suggested I read Tanaka Yasuo’s 1981 novel, Nantonaku, Kurisutaru. The title alone would pose a challenge to translators: Somehow, Crystal lets in a gust of optimism the anomic nantonaku precludes. Sort of, Crystal, or even the resolutely teenage Whatever, Crystal might more subtly convey the sense. The book hovers between an annotated shopping list, a Wallpaper city guide to Tokyo in the 1980s, and a novel that both bolsters and worries at the values Tanaka saw in modern Japan.

The title has stuck in Japan’s cultural memory, giving the Kurisutaru-zoku, or the Crystal People, their name. Close in taste and habit to the Western yuppie, they were young and affluent, and their image-consciousness and rampant materialism came to characterise the late-80s bubble years. Mostly college students from middle class families, they constructed their own youth subculture, and their interests fed and were shaped by ‘catalogue magazines’, a format Tanaka adopts and perhaps mimics in his novel. Their identity was based on consumption, the emphasis being as much on the amount of money spent — as much as possible — as on what was consumed. 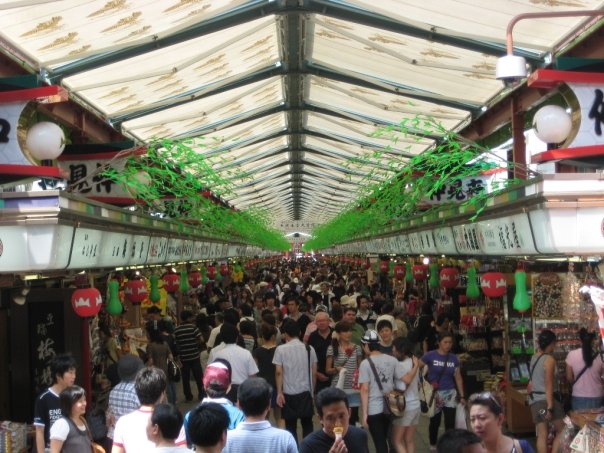 Nantonaku Kurisutaru is narrated by Yuri, a college student who describes two weeks of her life of spending, part-time modelling, and extra-relational sex. The nearly plotless narrative meanders along on the right-hand pages, the emptiness of her life becoming increasingly, if less than satisfyingly, filled with stuff: sceney bars, shops, and the transliterated names of designer brands and American film stars. The left-hand pages are given over to footnotes, 442 in total (increased from a meagre 274 in an earlier magazine printing), which reflect and refract the people, places, and things that populate the story. Some are simply factual: ‘112 Lacoste   Famous for its polo shirts. The brand with the alligator logo’, others have a more ambiguous ironic distance, such as this one describing an affluent area of Tokyo: ‘117 Aoyama   Telling people of note that you want to live on the third block in South Aoyama is embarrassing, so it’s best not to.’

Traditional Japanese place and shop names do appear, but in the context of Yuri’s world, the dense ideographic characters with which they are written appear as if exotic. Foreign loan words in Japanese are written using the airy katakana syllabary, and they occupy an unusually high proportion of the text; one of Yuri’s favoured brands, Hermès, is written エルメス. These relatively simple characters are interspersed by the pictorial kanji that would be used for Japanese words, and the effect of the different scripts in which the novel is written is recognizable by sight alone. One record shop’s name is written 芽瑠璃堂, characters rare enough that they warrant a footnote on the correct pronunciation. The contrast between the ethereal katakana and the thick kanji might suggest the latter had greater depths to sound, but when these weathered old signs are seen reflected on the novel’s crystal surfaces, their inky grain takes on a sickly lustrous coating. The kanji catch the light at different angles, their status flickering between bearers of abstract meaning, the idea of a thing, and deictic markers of this thing, time-bound and at hand. The katakana, for their part, undergo a similar transformation — these visually spacious characters, hollow markers of a restless presentness, are sublated into ciphers of an ever-elusive transcendence, a lifestyle more perfect than anything the grubby world might accommodate.

Tanaka claims to have chosen the word ‘crystal’ to describe this generation because a crystal is neither transparent nor opaque, but rather bends light according to the angles of its surfaces. Gnomic indeed — perhaps it suggests a soul that offers neither access nor resistance, operating only on its outermost layer, yet refracting what can be seen, felt, experienced. The Crystal People may seem innocuous, but Tanaka lamented the leanness of their engagement with the world, and the paucity of their societal concern. The novel ends on an acid coda, as Tanaka quotes from what look like government policy documents discussing shrinking population growth, the social security fund, and the ‘greying’ of Japanese society. A crystal set like this appears tawdry, as the contradictory societal consequences of growth and prosperity appeared in the census and report, those handmaidens of the modern age. 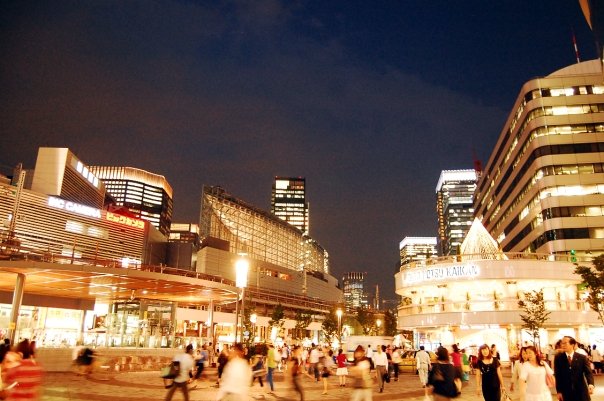 It is the question of how art might best represent the dash of modernity, ‘the ephemeral, the fugitive, the contingent, the half of art whose other half is the eternal and the immutable’, that agitates Baudelaire in ‘The Painter of Modern Life’. For Baudelaire, ‘Every old master has had his own modernity’, as ‘each age has a deportment, a glance and a smile of its own’. ‘This transitory, fugitive element’, he warns, ‘whose metamorphoses are so rapid, must on no account be despised or dispensed with’, or the artist will ‘tumble into the abyss of an abstract and indeterminate beauty’. Wabi-sabi’s adverbial, shifting quality, then, has a flavour of the modern — it resists the lure of the threshold that opens onto a world of ideals. Yet if shying away from permanence is an element of wabi-sabi­, there is a similar recalcitrance in Tanaka’s novel also. Although the roughness of wabi-sabi seems far from crystal’s polished surfaces, that lifestyle’s adoration of the modish, its passion for the insistently ephemeral ‘now’, it is in some sense wabi-sabi’s inheritor, its image seen through a glass, darkly.

However, if wabi-sabi lets us love things although, or rather because they age, the Crystal lifestyle needs them to perish only so they can be replaced. Wabi-sabi’s unfinished edges also show the work of human hands, the labour sunk in the thing, but Crystal bears no trace of its making, all asperity sheared away then smoothed and smoothed again. While wabi-sabi delights that things might outlive their guardians, a Crystal world wants those things to become obsolete in our lieu, buttressing a sense of unassailable life, and staving off the need to face our ownmost deaths.

In Moscow again, treading the sweating asphalt in the unforgiving sun. Rivers of cars flow round the Kremlin, girdling the walls in a cloud of exhaust fumes which seeps into the underpasses. This is n… Read article

The corridor that leads to the old incinerator is cold and the floor holds a thin film of water. There is a pile of scrap metal — including several dismantled children’s bikes — in the centre of… Read article